STEP INTO
THE WORLD OF MGC

Under the supervision of Mr Nouman Iftikhar and with the vision of making luxury living possible for most segments of society, MGC Developments has launched several luxurious yet affordable high-rise projects including MGC Divine, MGC Jewel & Jewel Extension, and MGC-5 within the span of 2 years.

Behind MGC Developments, there is a 3 decade-strong legacy of Mian Group of Chakwal - an initiative that started from a one-room set-up and with very hard work bloomed into a nationwide chain of stores and several subsidiaries, including MGC Developments, Mian Electronics, and MGC Real Estate; within a span of a few years. Credit to the hard work of the team, today, it is standing in the position of industry leaders and trendsetters. 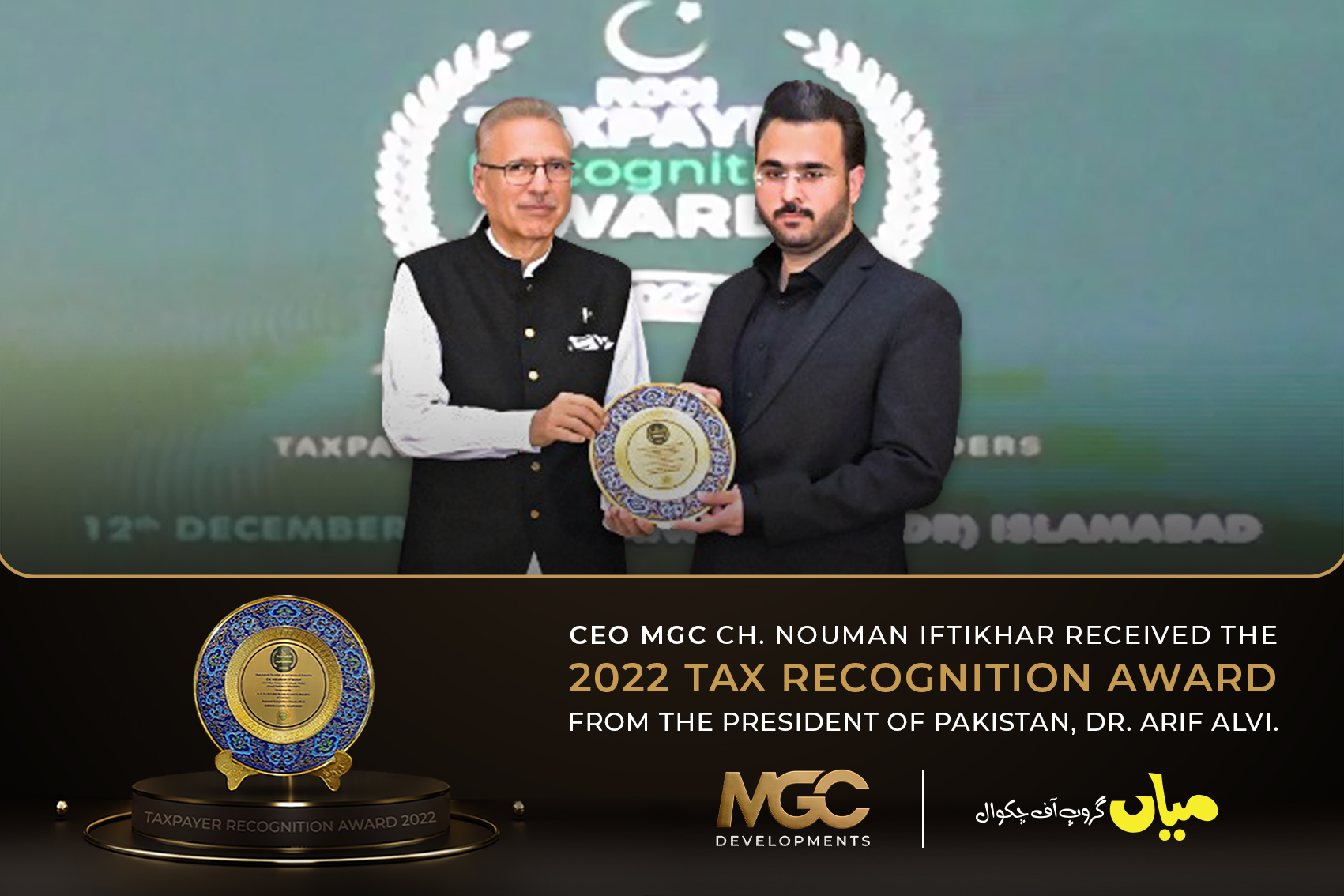 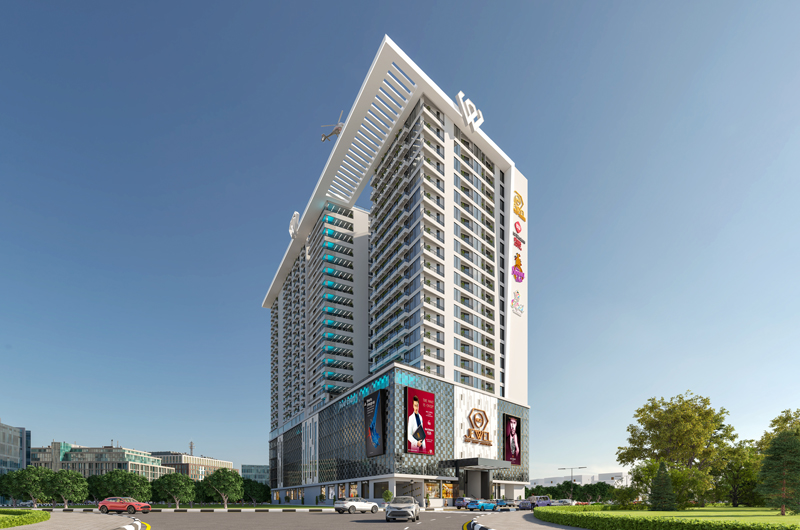 Set in an exclusive neighbourhood, our signature project Jewel aims for you a luxurious way of life that embraces the daring, the beautiful, and the stunning. There are hundreds of high-rises in twin cities but none of them is offering what we are going to bring with MCG Jewel. 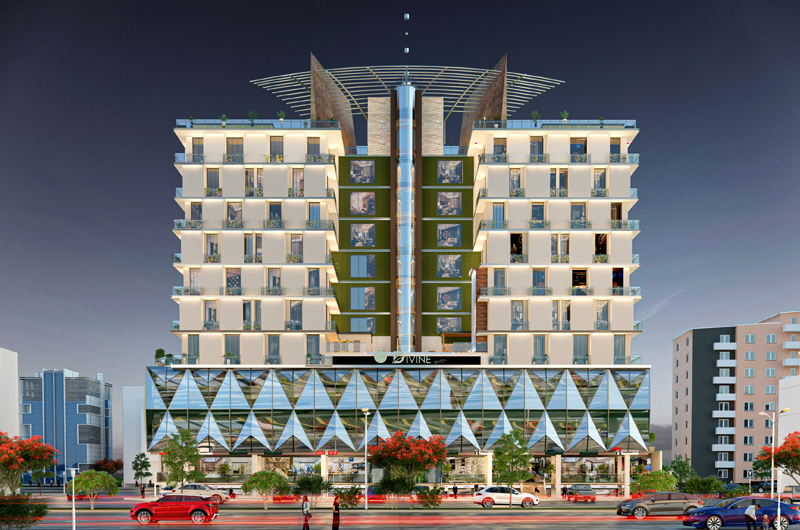 Despite being our very first project, Divine is the project that set the benchmark for our upcoming developments. It is almost near to delivery and located at one of the most happening and prominent spots of the twin cities, right amidst the Bahria Town Business District. 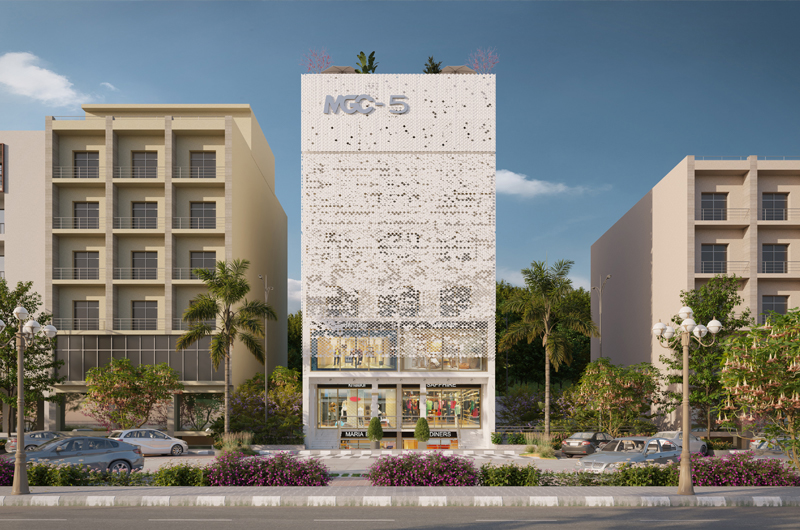 MGC-5 is another distinguished project by MGC Developments at the prime location of Bahria Town Phase VIII. With a focus on bringing the perfect blend of comfort, luxury, and value for money for investors, we choose the location of the project where the worth of your real estate grows with every passing day. Best Western, serving in 100+ countries with its 4700+ Hotels, is now launching its first-world standard Hotel, Best Western Plus in Pakistan via RDA-approved MGC Jewel. Whether you are a native resident, overseas resident, or foreigner visiting Pakistan, you can stay here and enjoy the highest degree of hospitality.

a name that needs no introduction in electronics and now in the real estate industry.

An outlet that started from a room set up 3 decades ago bloomed into a nationwide chain, credited to the dedication of Mian Iftikhar and Sons and the entire team of the MGC family. Today we are operating in dozens of major outlets in Pakistan with over 90 outlets, whereas several other outlets are to be opened in upcoming years.

Mian Group is famous for being a trendsetter. In the Electronics world, we have credits for introducing the installments whereas now with MGC Developments, we are offering several new concepts such as String Club and Cultural Avenue.

Our track record and satisfied customers speak for us - you clients are the core of our business. We are passionate about what we do, and we value your investments and time, doing everything in our power to turn your real estate investment goals into a reality.

"MGC's investment consultants went above and beyond to secure the best investment option for me and assisted with everything involved. They recognised the need and met with us in person to discuss our options. They were always willing to answer our questions and show us the location whenever we asked. I wholeheartedly recommend MGC Developments!"

"MGC Developments worked like pros, guiding us from the beginning till the final documentation of my shop in MGC Jewel. Because they were open about their business operations, the team provided clear answers to our commercial property investment needs. Our journey with them was quite smooth and trouble-free."

"When it comes to highrise development in Bahria Town, MGC Developments has the strongest and most credible market presence. I am pleased with the services provided by the organisation during my apartment-buying experience at MGC Divine. They are highly recommended."